Roger Taylor’s original plans for 2020 called for him to spend the evening of June 29th drumming with Queen and Adam Lambert at the 15,000-seat Olympiahalle in Munich, Germany, as part of their ongoing Rhapsody world tour. Instead, due to the COVID-19 pandemic, he spent that night watching the Netflix documentaries Trump: An American Dream and Magnetic. During much of the lockdown, he’s divided his time between his two homes in England, but right now he’s in Croatia with other members of his family.

“I have a boat and I managed to get on it and I’m in the middle of the Mediterranean,” he says, “which has managed to have almost no COVID. We’re very lucky to be there. We managed to escape. It’s a beautiful, underrated country.”

Taylor phoned up Rolling Stone to chat about his life during the lockdown, his new solo song “Isolation,” Brian May’s condition post heart-attack, the slim possibility of a Bohemian Rhapsody sequel, Bob Dylan’s new album, and when he can envision himself retiring.

How has your quarantine been?
I’m one of the lucky ones. We have a beach house down in Cornwall, which is the Southwest corner of the U.K. We have a lot of space there and so it wasn’t so bad. But like for everybody, it was a strange, worrying, anxiety-filled experience. We just didn’t know what was going to happen next, and we’re still kind of in that position.

Your life changed so rapidly. You had just gone all over Australia when this hit.
We were very lucky. We had gone through there just before the pandemic hit. We had the most incredible tour. As we got home, it all happened. We were very fortunate there, but sadly we had to cancel our European tour for this year. We postponed and we’ll do it next year. So many things have gone on hold now. It’s going to be a while before we’re back to normal.

Are you able to unwind at home and enjoy this slower pace of life, or are you going stir-crazy?
I didn’t go stir crazy. But I can understand people that are living in apartments or in an urban environment in a city doing that. I’d find that very difficult. I was able to get outside and get by the sea without getting near anybody. We were lucky. But I really did sympathize with anybody that was stuck in apartments and high-rises without being able to go out and socialize. I think the hardest part was not knowing how this was going to turn out. That was the worrying thing.

Tell me the backstory to your new song “Isolation.”
I have a little drum kit down in my basement down in our holiday house here. I just started giving Instagram lessons for beginners, telling them the little tricks and stuff that you never get told if you take formal lessons, really simple things. Formal lessons with instruments seem to go about it in the wrong way. I was doing that and I was sitting in my garden shed and I was thinking, “Here we are in isolation. I should write a song about it and see if people connect with it, since an awful lot of people are going through the same thing.”

You play all the instruments?
Oh, yeah. I like to play everything because then it’s just you. It’s all your fault.

How did you record it?
When I got back to my house in Surrey, which is right near London, I have a studio there. I just went in and put it down. That was after those nine weeks when we were allowed to travel. People seem to quite like it, which is nice. It was very much a spur-of-the moment thing, just a total reaction to the circumstances.

Are you thinking about writing more songs and possibly doing another solo record?
I’ve had a couple of things out just on the net in the past five or so years. I have a little collection of songs I’d like to put out at some point. When I have enough, it would be nice.

One of the things in the lockdown I’ve really enjoyed is Bob Dylan’s output. It was just so fantastic to hear him back in the room. I absolutely love his new album. The tracks he put out one-by-one, “I Contain Multitudes” and “Murder Most Foul,” are fantastic. It really, really gave me real pleasure during those weeks.

Do you miss being onstage? Do you miss the rush of a live audience?
We’ve already done a pretty big tour in Australia, New Zealand, Japan, and South Korea just this year. I don’t miss it yet, but we have a pretty big tour of Europe booked for next year. It’s going to happen on exactly the same dates assuming that everybody is going to shows and gigs. We’ve all got our fingers crossed for a vaccine. We shall see.

I saw the show at Madison Square Garden last year. There was so much energy and love in that room. The movie seemed to really give you guys a tremendous boost. I’m not sure you’ve ever had a bigger American audience.
I think that’s right, judging by the last tour. It was totally sold out. It was really gratifying for us. I think we have a new infusion of younger fans that saw the movie and enjoyed it. They probably had heard some of our music at sporting events, or whatever, but weren’t entirely sure who we were. We feel very grateful to be able to jump generations.

Adam seems to grow more and more confident with each tour. I’m sure you feel that on the stage.
Absolutely. He’s a complete joy to work with. Incredible voice. Incredible professional. And a great sense of humor, which always makes it more fun for us onstage. I can’t imagine doing it with anyone else now. He’s just great. He’s been a joy.

It’s like you scoured the planet and found the single best person to do that job.
We didn’t even scour, really. It just happened. He has this gift. He has this fantastic charisma onstage, sort of this Elvis thing. It’s like Camp Elvis as opposed to Camp David. He’s just great. I can’t say enough great things. He’s also a great friend and a neighbor in Los Angeles.

How is Brian doing? I know he had some scary medical issues.
That’s right. We cancelled the tour and then Brian got really sick. We may have had to cancel it anyway, which is the irony. He’s very much on the mend. We’re in daily contact. It was quite a scare. He had a real scare. It’s been strange. We were struck doubly. Our manager had a pretty major heart attack too. It’s been a very weird year for us in all kinds of ways.

I spoke to Brian shortly before he became sick. He told me there was some talk of a Bohemian Rhapsody sequel, but you guys decided against it. Were there any ideas you were throwing around for it?
I have to say no. I really do think that we need to sit back for a year or two and look at things and see if that is a believable or credible thing to do. The movie was a great hit. We were delighted, obviously. But I think I wouldn’t want to be seen as cashing in again. I’d have to have a very, very good script and scenario to make that work. Right now, I can’t think of a way of doing a sequel.

The last tour with Freddie in 1986 and the final years of his life were very dramatic and eventful, though.
That is true. That is post–Live Aid. If somebody comes up with a genius plan, maybe we’ll think about it. [Laughs] Right now, we’re just very happy with what the movie did. There are so many sequels that don’t match up to the original one. There are obvious ones that did, but on the whole, I think it’s a dangerous territory.

You must have been shocked that the first one brought you guys to the Oscars. Not a lot of people saw that coming.
It was extraordinary. There was the Golden Globes and the BAFTAs and then the Oscars! We thought, “Hey, we’ll take it!” It was a great ride, but it wasn’t our world. Our world is the rock & roll world. It was fascinating and very interesting to be involved. When the movie got four Oscars, it took a while for that to sink in. Mind you, they didn’t give Brian and me any. That’s OK, though.

How many more years do you hope to keep touring? I think about Charlie Watts. He’s nearly a decade older than you and still behind the kit.
He’s amazing. Good for Charlie! Brian and I talk a lot about this. We say, “Hey, look, we sort of enjoy it more now than we did before.” We realize that’s what we did and that’s what we’re good at. The tacit agreement between the two of us is, we’ll do this as long as we can do it properly and really love doing it. When either of those things stop happening, we’ll stop.

These are songs that really demand to be played live. I can’t think of any other band whose music translates onto a stage quite like that.
That’s very true. We really rely on love and audience involvement. We want them to join in and feel like part of the whole show. That’s something we’ve developed over the years and it became part of our DNA, audience involvement.

I’m really hoping the 2021 tour is able to happen. As soon as I can safely enter an arena or stadium again and safely see Queen, I’ll really feel like the pandemic is over.
It would will, when live venues open again properly and people can be together en masse. That will be a great mental step forward. I really hope it’s going to happen next year. It’s in the lap of the gods, if you believe in them.

See where your favorite artists and songs rank on the Rolling Stone Charts.

Wed Jul 8 , 2020
Plumbing We stock leading brands that you can trust like Speedfit by John Guest and Cuprofit from Conex Bänninger so you can fit with confidence. This table shows a list of occupations with job duties that are similar to those of plumbers, pipefitters, leaking taps and steamfitters. About 66,100 openings […] 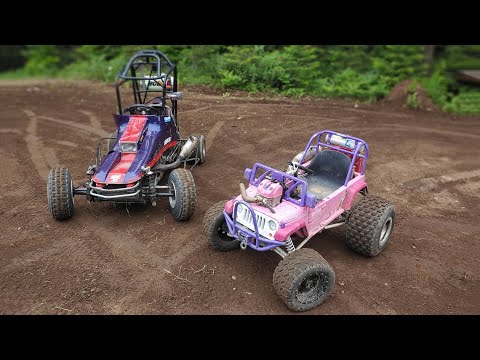